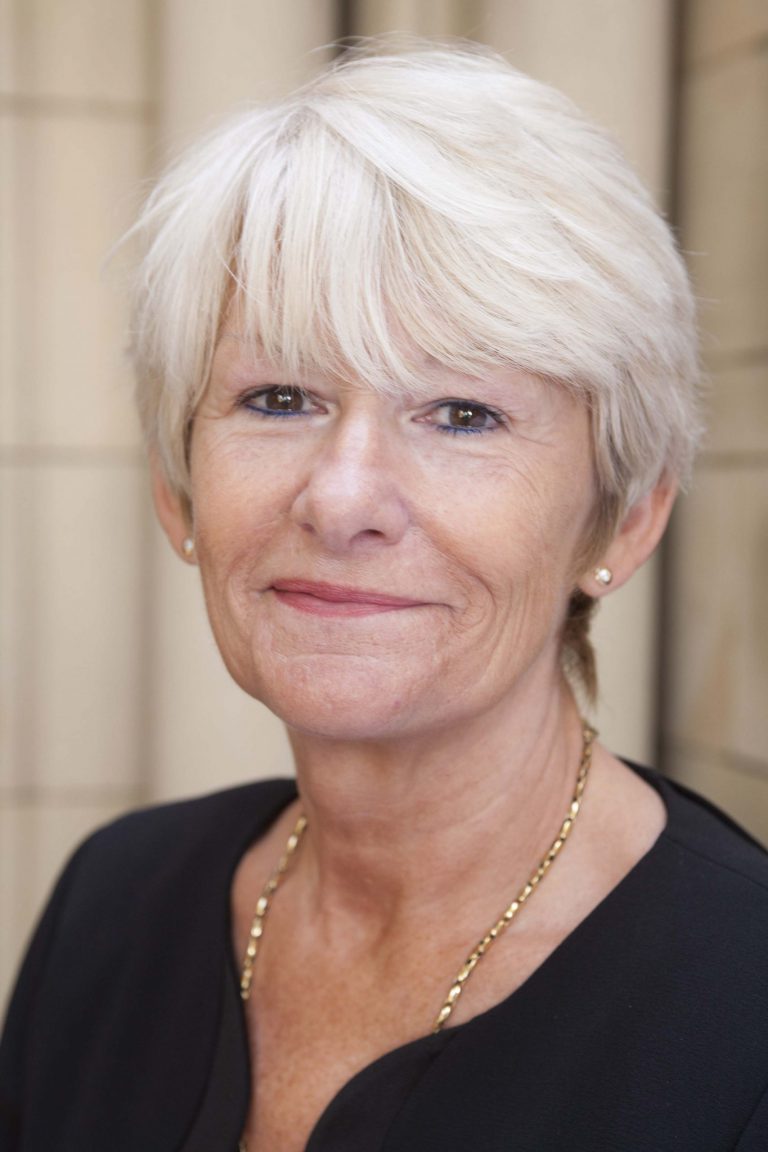 President & Vice-­Chancellor, The University of Manchester

Professor Dame Nancy Rothwell, FRS, is President and Vice‐Chancellor of The University of Manchester. She joined the Victoria University of Manchester in 1987, became Professor of Physiology in 1994 and held an MRC Research Chair from 1998 to 2010. Concurrent with her Faculty posts she has also held University roles as Vice‐President for Research (2004‐2007) and as Deputy President & Deputy Vice-Chancellor (2007-2010). Her own research in the field of neuroscience, which is ongoing, has contributed towards major advances in the understanding and treatment of brain damage in stroke and head injury.

She was elected Fellow of the Royal Society in June 2004 and made Dame Commander of the Order of the British Empire in June 2005, in recognition of her services to science.

Professor Rothwell became President and Vice-Chancellor in July 2010, the first woman to lead The University of Manchester or either of its two predecessor institutions. She was the founding President of the Royal Society of Biology, and has also served as a non-executive director of AstraZeneca. She is currently co-Chair of the Prime Minister’s Council for Science and Technology, a Deputy Lieutenant for Greater Manchester, Chair of the Oxford Road Corridor Board, and a member of the Greater Manchester Local Enterprise Partnership (LEP) Board, the Northern Powerhouse Partnership Board, the UK Dementia Research Institute Board and the Industrial Strategy Council.

Professor Rothwell takes a strong and active interest in public communication of science and regularly gives talks to schools and the public and contributes to television, radio and press, particularly on sensitive issues in science. In 1998 she delivered the Royal institution Christmas Lectures, televised by the BBC. 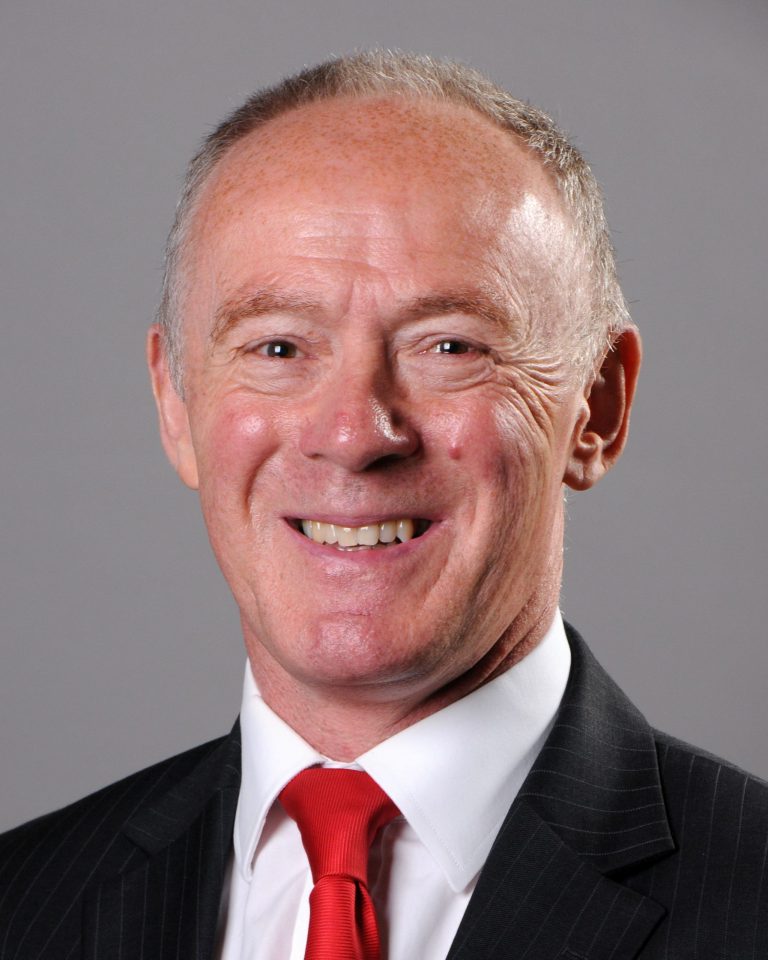 Richard’s political interests include devolution, place-based budgets and the links between economic development and social policy, developing open democracy and the community leadership role of local authorities; and the role of cities in creating a sustainable future. He has a number of additional responsibilities including Director of Manchester Airport Holdings Ltd, Deputy Mayor and Vice Chair of the Greater Manchester Combined Authority and Chair of the LGA City Regions Board. 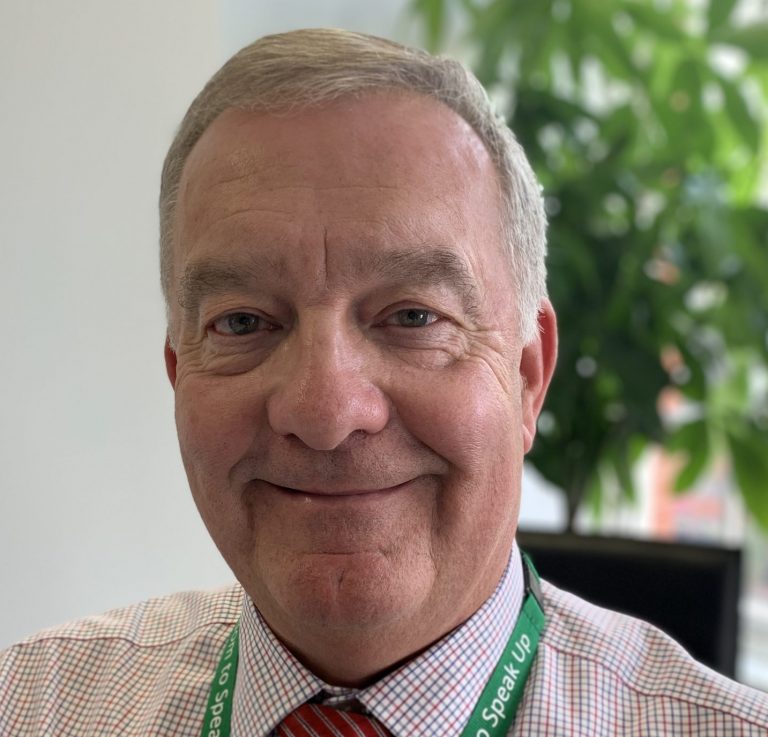 David’s earlier career was as an NHS Chief Executive of a number of NHS Trusts in Manchester and Liverpool. He is a founder member and Chairman of Managers in Partnership (MiP) representing Senior NHS Managers in the UK. He is also an elected member of the Executive Committee of the First Division Association (FDA) of Civil servants.

His involvement with Charities extends to his role as Chairman of the Pain Relief Foundation , a National Charity focused on chronic pain research based in Liverpool and as a Board Member of the Ronald McDonald House ( Manchester) Charity. He is Deputy Chairman of the Alex Group Charity Care home for Disabled Adults in Accrington and a Trustee and Governor of the Bacup and Rossendale Grammar School. 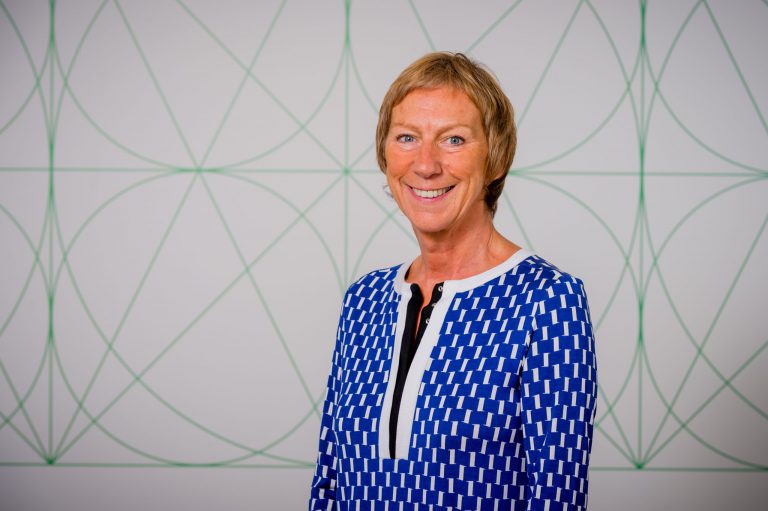 Rowena has held the position of Chief Executive at Manchester Science Partnerships since 2012, and in 2017 she became Chairman. She describes the MSP role as perfect, a public/private sector partnership focused on driving growth and opportunity in the most vibrant and innovative sectors of the economy.

Rowena has deep roots in the Great Manchester economy, and previous roles as a Group Director of the Manchester Airports Group, and latterly, as Chief Operating Officer of MSP’s parent company, Bruntwood Estates, have all been focused on working in partnership –reflecting her deeply held belief that successful cities are those whose leaders make common cause across functional and organisational boundaries, and together deliver more than the sum of their parts. She remains a director of Bruntwood, whose deep development and place-making skills play a key role in the City’s growth strategy.

Rowena has had the good fortune to be at the helm of MSP during a period of exceptional growth. The Partnership has over 2m sq feet of workspace, incubation, and lab facilities at its two main campuses, catering for businesses at every stage of life cycle. Its main Manchester campus sits at the heart of Manchester’s knowledge quarter, and is home to a wide range of science and technology companies. The Alderley Park campus includes a million sq ft of state of the art bioscience facilities, the best such campus in the UK.

Rowena’s approach to driving growth involves extensive joint working with the City’s universities, major hospitals, and industry partners. Current projects include Chairmanship of a multi-partner national Internet of Things Demonstrator funded by Innovate UK, and Board membership of the Corridor Partnership, a unique collaboration which is driving the continued growth of Manchester’s knowledge quarter and innovation ecosystem.

In 2015 Rowena became a founder member and now is Chairman of Health Innovation Manchester, a ground-breaking collaboration designed to leverage the strengths of Manchester’s academic, clinical, and industry partners to develop and deliver innovations which will improve the health of the region’s 3m population. Rowena chairs this partnership, which works alongside the only devolved health system in Europe to provide a unique opportunity for citizens and patients to benefit from early adoption of research and industry led diagnostics, treatments, and services.

Rowena’s professional feet are very firmly planted in city life, but away from work, she has a passion for all things rural, and is rarely found indoors other than round a dining table with family or friends. 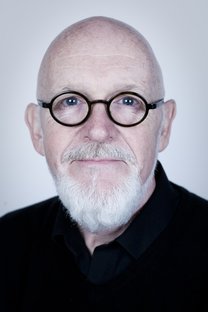 Dave Moutrey is Director and Chief Executive of HOME a purpose built 7,500m² multi art form venue that opened in May 2015. In this role he conceived and led both the merger of Cornerhouse and Library Theatre Company and the £25m capital project to create HOME which has attracted almost 1m visits per year since it opened.

HOME includes 5 cinema screens, education spaces, digital production and broadcast facilities, a 500-seat theatre, 150 seat flexible theatre, 500m² gallery space, café bar, restaurant, offices and other ancillary spaces consistent with a production centre. It is a ‘making place’, providing new opportunities for artists and audiences to create work in a different way together, as well as a social and cultural hub. Dave has overall artistic control of the programme and executive produces major film, theatre and exhibition projects working closely with this team of Artistic Directors.

In April 2018 Dave was seconded to Manchester City Council in the part time role of Director of Culture. He is responsible for advising the Council on policy and strategy for culture and working closely with the Cultural Leaders Group on joint working and other collaborative initiatives.

Dave was awarded a Doctor of Arts honoris causa by the University of Salford, is a Fellow of the RSA, a member of the Chartered Management Institute, and the British Academy of Film and Television Arts. He is also an advisor to the British Council and holds a number of non-executive roles on not-for-profit boards. 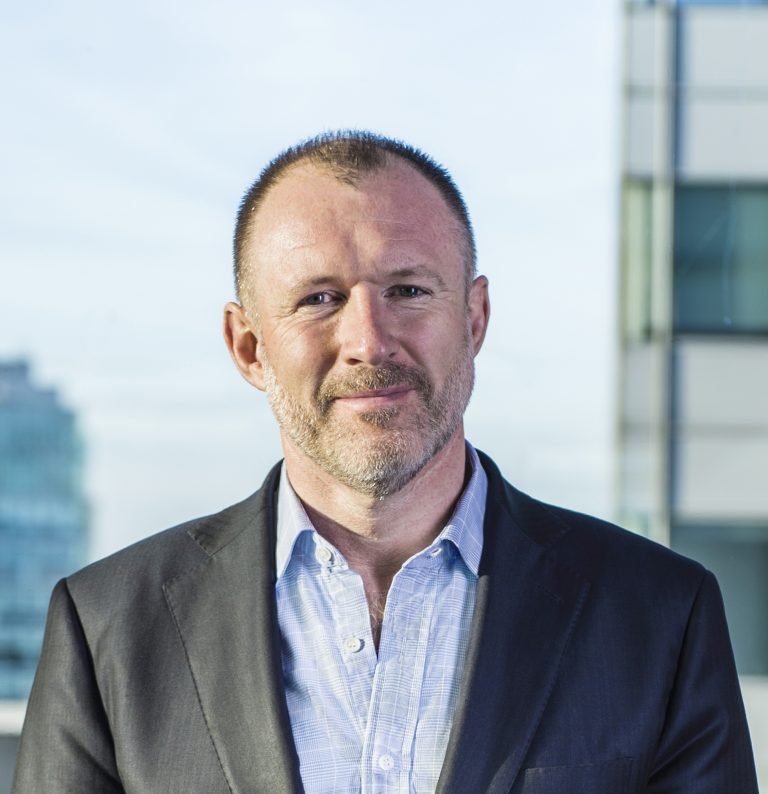 Chris grew up in Manchester, studied at LSE and City University, London and worked briefly in the City before returning north in 1991 to work for the company his father founded in 1976. He was appointed CEO in 1999 and has overseen the growth of the business to one that owns over £1bn of commercial property across the city regions of Manchester, Liverpool, Birmingham and Leeds with a further £1bn development pipeline across all four cities.

Chris is the majority shareholder of Bruntwood, which was founded on a belief that its success comes from the success of its colleagues, customers and the communities in which it operates. This commitment to creating thriving cities has led to Chris playing an active role in many public and private sector partnerships including CityCo, MIF, Manchester Oxford Road Corridor, the Business Leadership Council and Manchester Climate Change Forum.

Bruntwood is recognised nationally for its support of cultural and community initiatives, donating 10% of its annual profits to charitable causes. Chris is a trustee of The Oglesby Charitable Trust, which works with more than 40 community-based charities a year, is a board member of youth charity Young Manchester and a school governor. 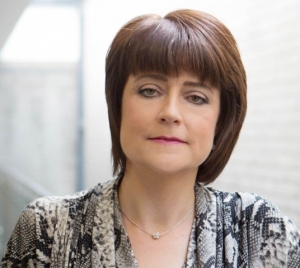 Linda holds the position of Principal and Professor at the RNCM, and UK representative for Howarth Clarinets. She has an international profile as a clarinet soloist, recording artist and clinician.

Linda has broadcast for BBC Radio 3, Radio France, DRS1 Switzerland, CKWR Canada and Arte TV South Korea, and performed as a concerto soloist across America, Asia, Australia, Europe, South America, the UAE, and throughout the UK.
​
Linda is a founder member of the contemporary ensemble ‘Sounds Positive’, with whom she has premiered over 70 works by British composers, and released 3 CDs. 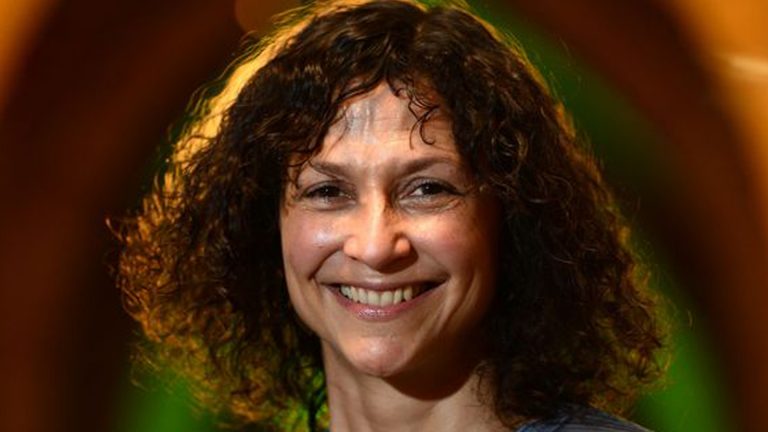 Patricia Bartoli joined Manchester City Council in 1990 to work in the Race Unit on initiatives to foster intercommunity tolerance. Since then she has held a number of senior posts within the Policy Unit of the Chief Executive’s Department, including Head of Strategic Developments. Patricia has led a number of city projects including the development of the City Centre Strategic Plan, the establishment of the Manchester City Centre Management Company, the development of Education Action Zones and delivery of high-profile regeneration strategies. In 2007, Patricia became Head of the City Centre Regeneration Team, which drives the ongoing regeneration of the city centre, and works with major partners to deliver the city growth objectives. The team is responsible for the delivery of a number of high profile schemes within the city including The Factory, HOME, Spinningfields, First Street, the NOMA regeneration scheme, St Michaels, the redevelopment of the city’s Civic Quarter and Medieval Quarter, HS2/Piccadilly, Mayfield and other major transport schemes affecting the city centre. 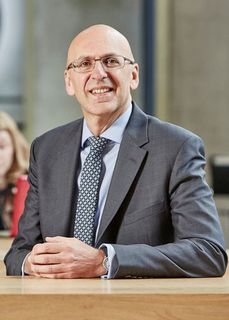 Professor Malcolm Press was appointed as Vice-Chancellor of Manchester Metropolitan University in 2015, having previously held positions at the Universities of Birmingham, Sheffield, Manchester and UCL.

Malcolm is an ecologist with over 200 publications covering the impacts of climate and environmental change, tropical rain forest ecology, and subsistence farming in sub-Saharan Africa.  He has studied plants and environments in a diverse range of ecosystems from the tropics to the high Arctic.

Malcolm is a trustee of WWF-UK, the Universities and Colleges Admissions Service (UCAS), the British Council, and sits on the Board of the Institute for Apprenticeships & Technical Education. Previously, he has served as president of the British Ecological Society, a trustee of the Royal Botanic Gardens Kew, a council member of the National Trust, a council member of the Society of Biology, and as a deputy chair for a Research Excellence Framework panel.

Within Greater Manchester, Malcolm sits on the boards of Health Innovation Manchester, Oxford Road Corridor, Manchester Science Partnerships, and the Manchester International Festival. He is also a member of the North West Business Leadership Team.