The planned or committed schemes described in the report show the strength of the Corridor Manchester area.

Developments currently underway at The University of Manchester include the Alliance Business School and Hotel, the Graphene Engineering and Innovation Centre (GEIC) and the Schuster Annexe, all due to be completed in 2018. The Sir Henry Royce Institute for Advanced Materials which will brings together industry and academia to enable materials research and innovation, due to open in 2019, and the Manchester Engineering Campus Development, which will consolidate the university’s engineering schools into the Corridor area by 2020.

At Manchester Metropolitan University’s All Saints Campus, the Mabel Tylecote building is currently undergoing demolition to be redeveloped into an Arts, Media and Cultural centre, which will serve as a major new asset for the university. The construction is due to be completed in 2019.

Other major developments currently in progress include Bruntwood’s Circle Square complex, Citylabs 2.0 and 3.0, which will be located at the Central Manchester University Hospitals NHS Foundation Trust and Nuffield Manchester (Nuffield Health).

All of these developments will bring new jobs and attract new businesses to the Corridor area, as well as changing Oxford Road’s skyline alongside its evolving landscape.

The new hub at Manchester Science Partnerships’ central campus in the ‘Heart of the Park’ will open in 2017. Facilities at the new building include a gym, café, network spaces and an auditorium. 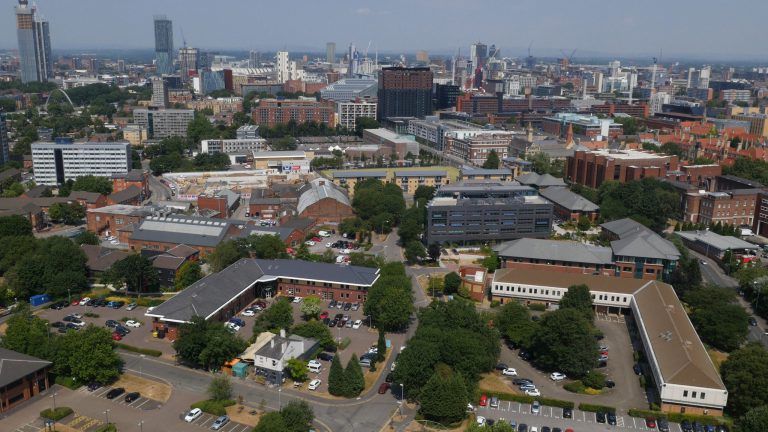